Lithuania is joining the Comparative Study of Electoral Systems (CSES) collaborative program of research by integrating the CSES Module 5 in their 2016 post-election survey. 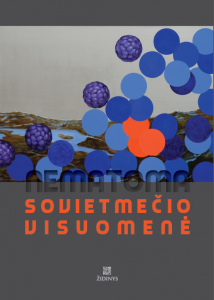 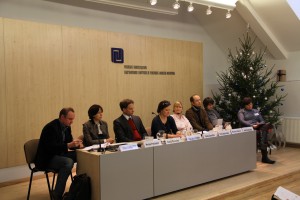 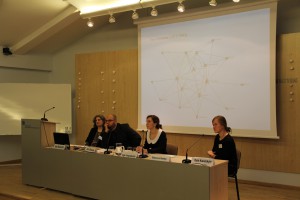 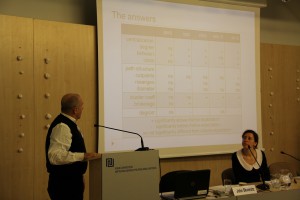 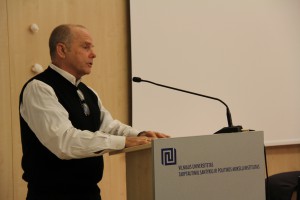 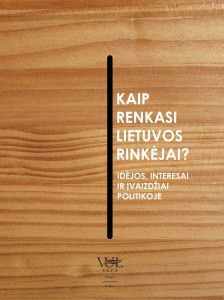 A book on Lithuanian voters summarizing the results of the Lithuanian National Election Study was recently published by the Vilnius University Press. See more

The Conference is organized as a part of the research project “Invisible Society of Soviet-era Lithuania: the Revision of Distinction between Systemic and Non-systemic Social Networks“ funded by the European Social Fund under the Global Grant measure (Nr. VP1-3.1-ŠMM-07-K-02-053)

In spite of official ideological visions and high ambitions of communist state to overwhelm the entire human lifeworld, (post)totalitarian states across the Soviet Block were not entirely deprived of informal social networking that managed to slip out of the state control. On the one hand, such informal networks included non-conformist youth subcultures, samizdat publishers, non-systemic private circles of intelligentsia, etc. On the other hand, the “invisible” societal fabric also encompassed informal networks of nomenclature and blat networks that nourished upon the communist system itself, distorted totalitarian ideals and the socialist economy but at the same time represented the core of the social reality of the Soviet Block.

Under the communist regime certain informal networks were consistently persecuted, however, the other ones flourished without major systemic state interference. Such a differentiated state approach to informal networks signals about their core differences in nature. However, these distinctions are poorly understood and remain under-conceptualized or submerged in the ambiguity of so-called ‘hybrid phenomena’. The present state of affairs precludes both the adequate understanding of the structure of communist societies and the proper evaluation of the impact of its legacies on social, civic and political developments. What types of social networks, built and inherited in the communist era, contribute to the development of civil society, and what types, on the contrary, lead to “amoral familism”, i.e. corruption, clientelism, patronage, and why?

The  Conference aims to bring together historians, anthropologists, sociologists, political scientists and researchers from other disciplines working on various forms of the (self)organization of society in the Soviet Union and the socialist satellite states of Central and Eastern Europe, and/or analysing its legacies on the post-communist social, political and economic development. The event will also include several joint sessions with the 5th Vilnius Symposium of Late Soviet and Post-Soviet Issues. We invite theoretical, empirical and methodological papers analysing informal social networks that cohabitated and reproduced the (post)totalitarian communist system, as well as social networks that generated alternative social lifeworlds and contributed to the breakdown of the communist regime. In particular, we are interested in the application of social network analysis for the exploration of the informal and clandestine society under the communist regime.

The Conference is organized by the Institute of International Relation and Political Science of Vilnius University as a part of the research project “Invisible Society of Soviet-era Lithuania: the Revision of Distinction between Systemic and Non-systemic Social Networks“.

An application consisting of an abstract (max. 500 words) and a short bio should be sent to aine.ramonaite@tspmi.vu.lt and jogile.ulinskaite@gmail.com. The deadline for applications is extended to 29 September 2014. Accepted applicants will be notified by 10 October 2014.

There is no conference fee. The organizers will cover the accommodation costs of the paper givers.

Welcome to my webpage!